Here’s the first one.

Let me know your thoughts about the movie. 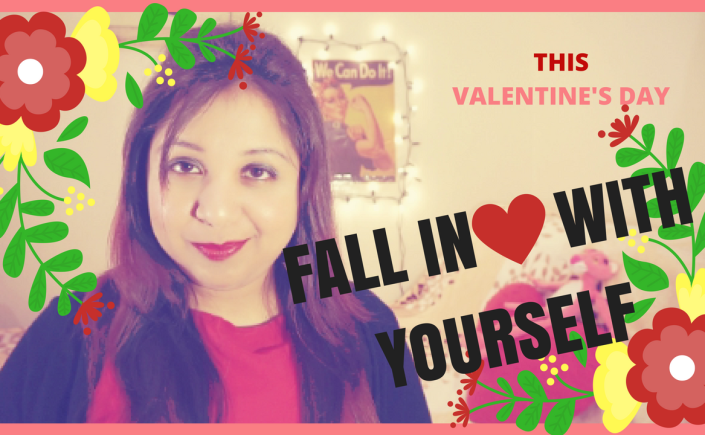 Happy Valentine’s Day to all of you.Yes, each and every single one of you.

I made a series o videos to help you make the most of your SOLO VALENTINES DAY.

V-Day series, Ep #2: How to LOVE YOURSELF like you were your first CRUSH

Please share your V DAY CELEBRATIONS in the comments.

Let’s LOVE ourselves this VDAY.

This un-gentleman went to a school where ‘sorry’ was not part of the vocabulary.

Just see the video to find out his deal.

You know who I am talking about.

The ones that look down upon women fighting for womenkind.

The ones that say “oh noooo, I can’t march on Saturday, it’s my club and bowling time”.

The ones that cry for safety but do not have time to fight for it.

Oh, and my favorite ones…

That say “I’m not the feminist kind”, like gender equality is a crime.

Or that “men and women are equal but feminist I’m not” (#Facepalm).

The ones that growl when grouped in public but don’t raise an eyebrow on child gang rapes.

The ones that do not recognize that ‘standing up’ inspires a chain reaction of resistance.

Oh, oh and the ladylike ones are the best too.

The ones that ask “marching in public? Don’t you fear being dumped or raped or killed?”

The ones that ‘don’t see the point’ despite suffragettes shining in history books.

The ones that raise another generation of sexists, racists and classists.

It’s OK, I get it; you are too busy to participate in social change.

I respect your right to stay home, no judgments.

But when I don’t judge you, you have no right to tag me as ‘feminazi’ either.

Because the streets you walk in, are paved by my feminist sisters’ blood.

And wanting a safer world for your daughter is not the same as cooking Jews in gas chambers.

Maybe one day, your daughter will tell you the difference. (That’s if you decide to have one and didn’t commit foeticide.)

Or your son, you’d listen to him, right?