1- Lavish, show off weddings and

2- Ruining lives of all the single people by making them feel guilty.

Now, if you don’t know a lot about the Indian culture, you might ask, why would you feel guilty by being single. It’s your life after all, you making any personal decision doesn’t impact anyone but you.

But that’s NOT the case in my society. I NOT getting married is apparently causing insomnia to my parents, their neighbors, their friends, the far off relatives who I haven’t seen in last 8 years, the street dog, the local laundry lady, the house help and every single thing that moves in 2000 mile radius.

The 8 most common excuses used by family to manipulate you and emotionally blackmail you into getting married are extracted from a real conversation. Tell me how many have you come across? 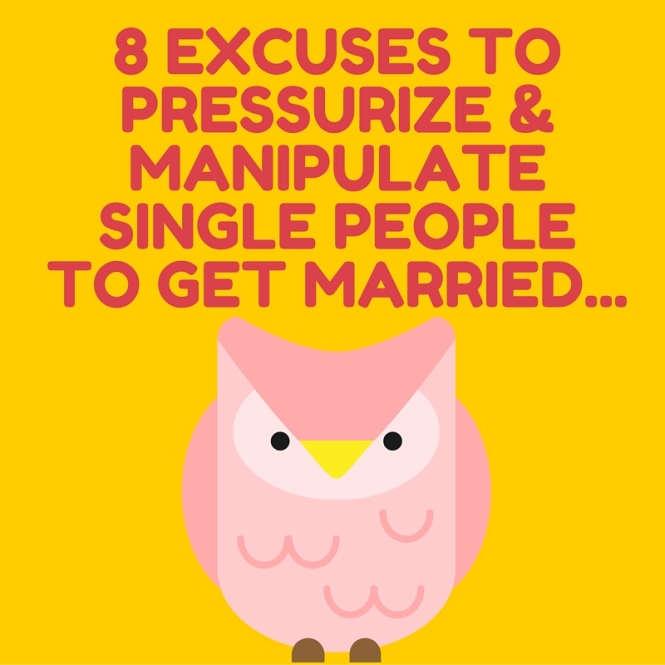 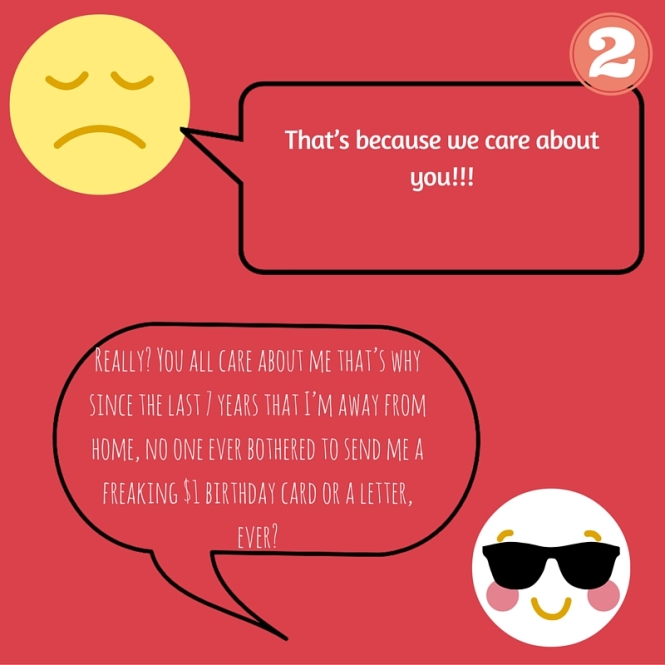 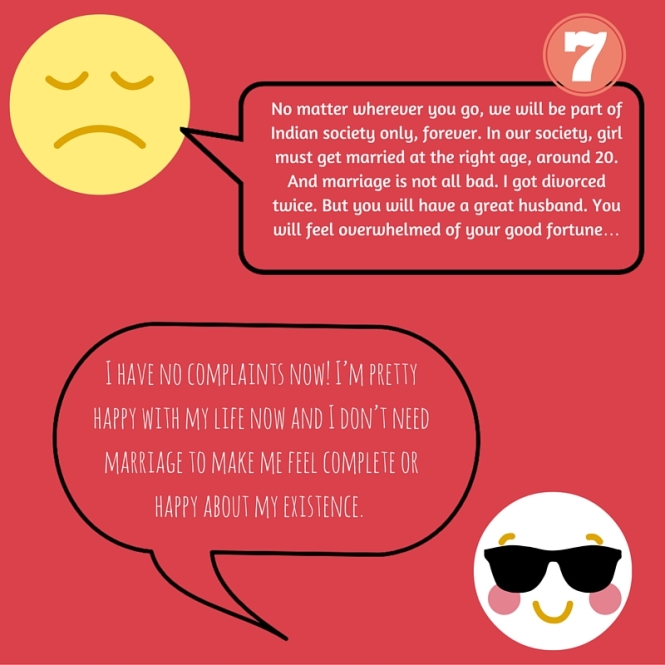 I believe whether it is the decision to marry or divorce; it must be self motivated without doubts, fears and obligation. That’s it. Is it really such a difficult thing to understand?

When it comes to the discussion on marital rape, the first question you hear from the opponents is that what a guy is supposed to do when his wife doesn’t consent for intercourse.

Here are some easy to follow and logical steps to take if you ever find yourself asking that question. 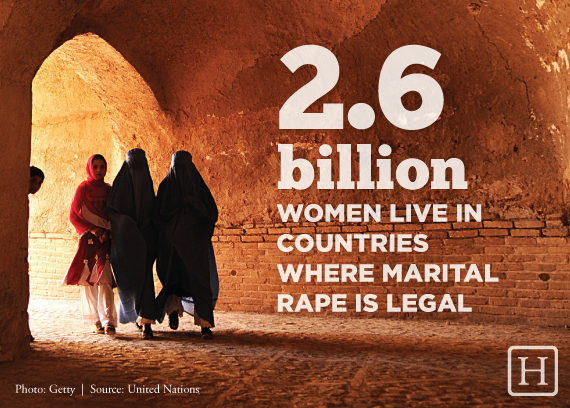 Marital Rape in India is NOT a criminal offense according to the Indian Penal Court.

I, as an Indian woman DO NOT want to get married at all if my constitution does NOT protect my rights as a wife.  I urge other single Indians to quit weddings until marital rape is criminalised in India. 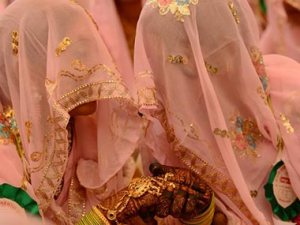 WHAT WOULD THAT DO?

It is estimated that over 15 million weddings take place in India every year. That makes the profits estimated to be a staggering 25.5 billion USD or Rs 1,42,596 crore– the economy of a small country and this is growing at the explosive rate of 25% per year. The average budget of an Indian wedding is around Rs 19.01 lakh. This doesn’t include cash and valuables given as dowry.

Imagine what would happen if just for one year this sweet contribution to the Indian budget stops or lowers significantly?

Imagine how much population control would that bring about?

Imagine the far reaching consequences of this CIVIL DISOBEDIENCE MOVEMENT!

WHY SHOULD MEN QUIT WEDDINGS TOO?

Indian men are the first FEIMNISTS OF INDIA. The movement of feminism and fight for women’s rights around the world was fought by women but since Indian woman were always oppressed under patriarchal norms, it was MEN who began the fight. This wasn’t because these men were agaisnt their fellow gender bros. It was simply because it was humanity agaisnt crimes.

It is obvious to consider that while women are at the recieving end of this civil disobedience movement, what’s in it for men. I believe that men equally suffer from crimes such as rape. Speaking of Nirbhaya incident, her male friend who was with her and her loving father are secondary victims of the rape-murder brutality. It is silly to consider rape criminailzation agaisnt men because it is NOT. It is against crimes and only those men would oppose it who consider it their right to subjugate women in their marital relationship.

Any decent man would want his wife to feel comfortable and loved around him. Frankly speaking, only jerks need to force themselves on their wives because normal guys are desired by their partners and they exchange love NOT rape.

Haribhai Parathibhai Chaudhary, a Home Affairs minister, said in a written statement to India’s upper house of Parliament that marital rape could not be criminalized in India due to several institutional factors and that these factors include the “level of education, illiteracy, poverty, myriad social customs and values and religious beliefs” in India.

Mr Chaudhary, has an M.COM degree and he has worked as an agriculturist and a busniessman, according to Wikipedia. Has two sons and a daughter.

I wonder if having an M.COM or MBA or experience in farming does actually make someone qualified enough to understand anything about abuse, trauma, social services, women’s issues or anything remotely close to justice, equality and human rights.

Neither the level of education, poverty, nor the myriad social customs and religious beliefs can make a human right violation justifiable.

IF YOU THINK MARITAL RAPE IS NOTHING CRIMINAL?

Sadly, there are people who fail to see why a man and woman who normally live together, sleep together and may be even have children together can call any event ‘rape’. The difference between both is CONSENT. People ask whether this has any damages at all on the wife because a rape where the offender is a stanger, it is hard for the victim. On the other hand the rapist being the victims husband would make things easier, simpler because of the pre existing relationship.

I would like to clarify here that firstly, there is NO competition between the victims of both rape cases. Secondly, as psychology dictates, in a stanger rape case, the victim has a chance to move on and forget about her troubles if she is physically unhurt. This usually takes years of therapy and healing but there is a way out and many victims have successfully overcome their trauma.All victims have different reactions to the trauma and there is no one size fits all therapy for all rape survivors. In case of a marital rape however, the victim has to see the jerks face day and night, feel threatened every second and remain under constant depression,anxiety and other mental disorders due to the relationship. 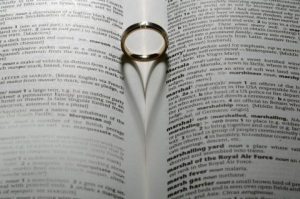 Please note that there is an extreme violation of trust here that we are talking about. I recently conducted a survey where out of 100, 2 women said they would ever report if their husbands raped them! This is simply because women are moulded like that in our culture- the famous Saas bhi kabhi Bahu thi icons of Indian daily soaps…PARVATI…the living embodiment of sacrifice… Indian women are programmed to be forgiving and obedient.

However, this doesn’t excuse the Indian Constitution to not mandate a LAW in place just in case a woman decides to NOT take this abuse anymore.

WILL LAW END MARITAL AND OTHER FORMS OF RAPE IN INDIA?

Sadly NO. Law can only help citizens when they ‘ask for help’. This doesn’t reduce the importance of the law being there but it simply means there are more things we need to do.

Engaging men at grassroot level is the first step towards ending rape culture. If young boys are raised to believe that wives are human toys made for their disposal; there can never be a change in the system. Similarly if young girls are raised to see their existence as nothing else but a prop in the SASURAL,  a thing of assistance for their husband and children…. NOW LAW CAN EVER raise the standards of women’s human rights in India.

Media must also take responsibility for over sexualization of women while body shaming and color shaming the average Indian woman. Parents need to commit to change. Probably need to lessen their grip on their children’s lives and allow them freedom to choose their careers and their partners. The oppression just has to end before the country breaks down totally. Law is a piece, an important piece in the puzzle.

WHY THE EXCUSE OF SOCIAL CUSTOMS IS LAME AND USELESS?

India has committed and signed the charter of UN on the Elimination of all forms of violence agaisnt women and India has to keep up its promise.

Sati system and Devadasi practices were also the so-called SOCIAL CUSTOMS of India. Nevertheless there came a time when it had to stop. This could never have happened if a few thoughtful Indians wouldn’t have dared to point out the brutality of such practices.

I personally feel that marriage is as holy or sacred as you think AND as mechanical and materialistic as you play it. According to the tons of money spent on Indian weddings, clearly its more of a mechanical exchange because most of our households do not allow courtship and the ‘getting to know each other’ thing.

If marriages are so sacred, I urge the Indian Government to incarcerate every wedding organizer who has organized a wedding outside a temple-church-mosque and denounce any exchange of dowry.

WHY THEY DON’T CRIMINALIZE MARITAL RAPE?- THE TRUTH

In fact, Indian marriages being ‘arranged’ is the only reason why marital rape is not being criminalized in India. Let me explain why.

Most weddings are without the girls consent. To get a girls consent is to allow her freedom to know her choices, discover her options and then be in a totally non-forceful position to decide whether she wants to get married or not. Our culture on the other hand specifies a photoshopped photo exchange between the parents who also decide what will be the dowry depending on the financial stability of the groom. Beauty is exchanged for money and gifts. HENCE THE GREAT INDIAN WEDDING!

Unless both parties mutually agree to engage in any form of activity, its not consent.

Criminalizing marital rape in India will shake the foundations of that centuries old-rotten-sick-oppressive-arranged marriage system of India. So ofcourse its OK for women to be raped by their husbands but its NOT OK for the centuries old beliefs to be kicked in the crotch.

When Indian youth are publically ridiculed for dating or hanging out on Valentines Day, why would they allow freedom to choose your spouse or to fall in love with ‘your kind of person’ and only then get married. Of course they wont.

So, here’s the thing: Its NOW or NEVER!

Indian youth has the power to nudge age old systems of oppressing love and freedom of choice. Indian youth can allow their women to stay in rotten marriages with rapist husbands or stand up for happy healthy relationships where men are desired by women equally.

I AM DOING MY PART BY NOT PARTICIPATING IN ANY WEDDING ACTIVITY UNTIL MARRIAGE IS SAFE ENOUGH FOR ME AND MY RIGHTS AS AN INDIAN WIFE ARE PROTECTED BY THE GOVERNMENT OF INDIA.

What will you do?

Please respond if you  dare to participate in the second CIVIL DISOBEDIENCE MOVEMENT OF INDIA where the oppressors are not foreigners but old beliefs and patriarchy.

No matter how small, you can make a difference.

Demand your right as a woman to be protected whether or not you choose a husband.

Demand your right as a man to make this nation safe for your fellow citizens. 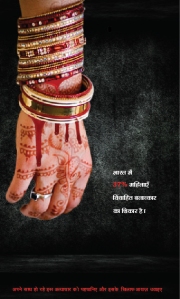 Every drop counts to make an ocean.